In response to the pressing need to speed up delivery and improve lives, Eliassen Group and EG Life Sciences have been working closely with experts in a range of fields to explore the impact of Agile project management on biopharma. We have been inviting these experts to Lean Coffees to share their perspectives and answer questions from those who want to improve their processes.

Few people know more about the potential of Agile in the sciences than Kendra West. As a scientist at the Broad Institute, she realized she wanted to perform research more effectively. In this role, she brought together people from multiple departments to learn how to apply Agile ideas. She then became a Scrum master at the Broad Institute and later worked at Scrum, Inc. Today, she is an Agile coach for a biotech startup.

We were thrilled when West joined us for a Lean Coffee to share her presentation "Scrumming the Sciences." First, she introduced a basic "Plan, Do, Check, Act" Agile framework that teams can follow, and then she revealed how to overcome challenges that she has encountered while introducing Agile to academia and the sciences. 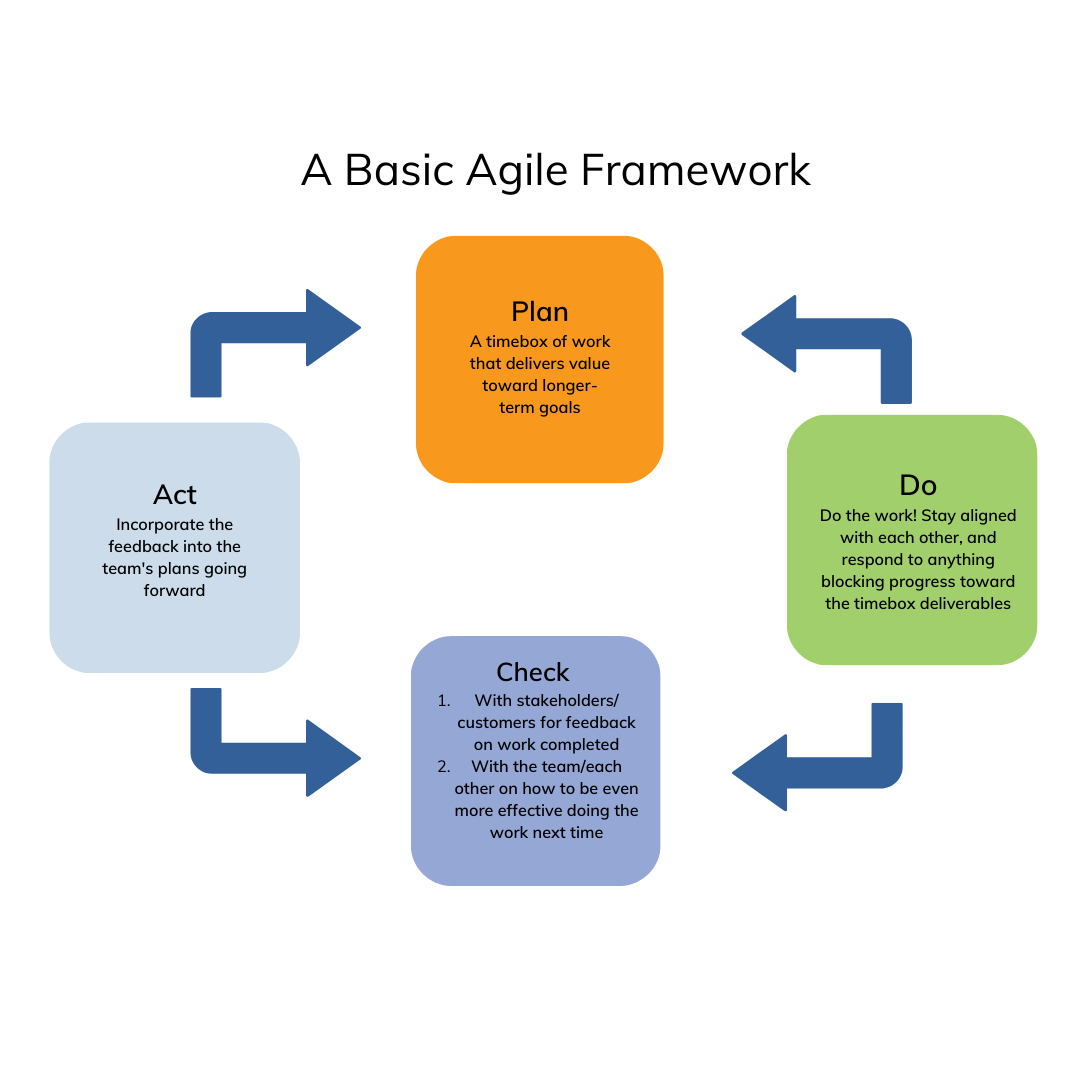 Challenge 1: Academic Experiences Are Often Focused on the Individual

The academic environment frequently falls into siloes, with an emphasis on the highly detailed knowledge of subject matter experts and hierarchies within groups. But it can be done. The first step to breaking down these siloes and gathering input from other team members is to make the success of one the success of all. West said, "To effectively work together, you've got to have a common goal because if you're working in multiple directions, it's going to be chaotic."

"To effectively work together, you've got to have a common goal because if you're working in multiple directions, it's going to be chaotic." -- Kendra West

Bringing people together around a common goal involves being purposeful about why your team is working in an Agile way. Even though West said "hierarchical thinking patterns can be difficult to break," but asking other team members what they think can help them open up, which helps the whole group. Tactics for achieving this goal involve pairing or swarming and using refinement sessions that ensure team members know what they need to do and what it will take to get things done.

Other Lean Coffee participants shared their own challenges with getting people in the same room so they could build a relationship and collaborate more, especially given the increase in remote work due to COVID-19. West recommended building a team working agreement and writing it down as a "social contract" to get everyone on the same page whether or not they can meet in person.

Challenge 2: Resistance to a New Way of Working

Even if you can convince individuals to start thinking of themselves as a team, they may interpret the Agile approach as adding yet another meeting to their day. If this situation arises, West advised adopting "stealth scrum," or calling scrums "check-ins" until everyone realizes the purpose of these meetings.

The best way to help team members realize why they are working this way is to focus on outcomes rather than actions. By talking in outcomes and concluding all communications with "so that," teams can feel that they are working toward larger organizational goals, and they may feel more ownership of the approach.

If team members are still skeptical or critical, "approach criticism with understanding and an open mind." Asking them what they are worried about lets team members reduce the potential of an adversarial relationship and helps bring them along the journey. Similar to her idea of the team working agreement, West suggested drawing up Agile Team Guidelines that put the outlines first and continuing to publish about Agile in the sciences to help socialize the approach and build a strong Agile BioTech community.

West then asked what are some ways participants in the Lean Coffee have overcome resistance to change. They replied that, in the past, they have heard complaints about the need to depend on other teams, which can be countered with the increased transparency that Agile practices can provide. West agreed and suggested providing "strategic evidence" of collaboration to boost transparency and prove how well Agile practices are working.

"The idea that you can do science on how you do your science is something that's never occurred to folks." -- Dr. Terry Barnhart

Barnhart then illustrated his point with an example in which he was part of a team that measured how long it would take for them to interrogate a target for Alzheimer's disease and how long it takes to look at the biology links between that protein and those around it and decide if it was viable or nonviable. The team went from interrogating a target once every couple of years to doing it about 257 times a month by rethinking how they did their work over the course of about six or eight months.

Challenge 3: Science Is Not Software

The last challenge is less about people and more about the sciences. While you can establish a sprint in the world of software, the world of science is different in that you can't predict results or delays to experiments and lab procedures.

So how do you establish a sprint and keep the board up to date? West recommended working closely with more technical team members to break down backlog items to be sized to the sprint length you are working with and then, again, focusing on goals and outcomes.

Then West asked, "In what ways has an Agile approach complemented or challenged your organization's work?" One participant said that Kanban in particular presents data in a way that aligns better with how scientists communicate, but Scrum is also useful because it features ceremonies that help people meet for a common purpose. West noted that you don't have to be limited to a single framework, as she sees frameworks as techniques in a tool box that can be chosen to suit the team or the team's outcomes.

Another participant asked how to get the team to converge more quickly on a "uniform-ish" sizing practice. Barnhart replied that he worried that teams think there is only one sizing practice. He suggests thinking in terms of questions instead: "So when you see a question and it's important, how many different ways can you think of to answer it and size it on the potential paths that you have?" That gives you multiple options, gets people thinking about different approaches, and helps them get started.

Barnhart added, "This is one of the biggest 'mis-fits' … with strict Agile performance.... Try it and convince folks that if they see something that looks really big to break it down into other questions, and to break those questions down into potential pathways, and then size the action from there."

Where do we start?

West admitted that Agile Transformations can seem daunting or overwhelming before you begin, but a few basic guidelines can help you get started:

The group also discussed ways to generate leadership buy-in, especially if leadership resists the idea of "slowing down to speed up." Eliassen Group's Jen Mariani, who has posed the question "Is Agile the Answer to Big Pharma's Digital Revolution?", suggested, "If Leadership opts in, create a working agreement around what leadership support consists of." Their role needs to be more than just financial support and a clearer definition of what they need to do. Bob Ellis added that you need to think about "How do you get into the mind share of the leaders and get them to adopt different values?"

Part of getting into the mind share of both leaders and team members is proving that "Scrumming the Sciences" is possible. West noted that Agile R&D is still an emerging field, but it's an exciting one, and she encourages everyone to publish their successes. And we at Eliassen Group and EG Life Sciences are looking forward to what's next in this exciting intersection of disciplines. If you are interested in being part of the conversation, join one of our Lean Coffees.

The best thought leadership involves working with our peers and other experts to find out what our clients need and how we can help. We accomplish this through our Lean Coffee sessions.